In rodeo the wrapping the lasso around the saddle horn when roping a cow or steer is called a “dally,” coming from the Spanish “dar la vuelta.”  My grandfather grew up in Montana, where he worked as a cowboy.  He was in the Montana National Guard and was part of the invasion of Mexico in 1916 led by General Pershing.  Later he was a horse wrangler in Hollywood.  He always fancied himself something of an actor after that. 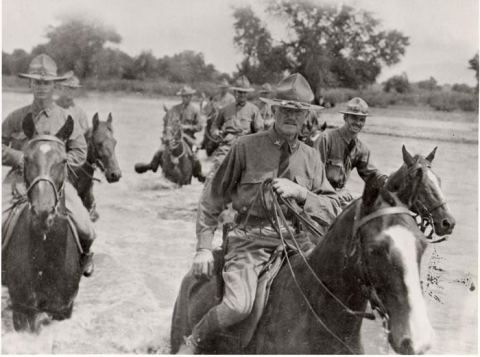 When I knew him, shortly before he died, he lived in a room in the basement of an apartment building near the hospital where he worked in the pay station of a parking lot.  At any rate, our surname has nothing to do with roping cattle.